Visiting Home For Teachings - With The Beings 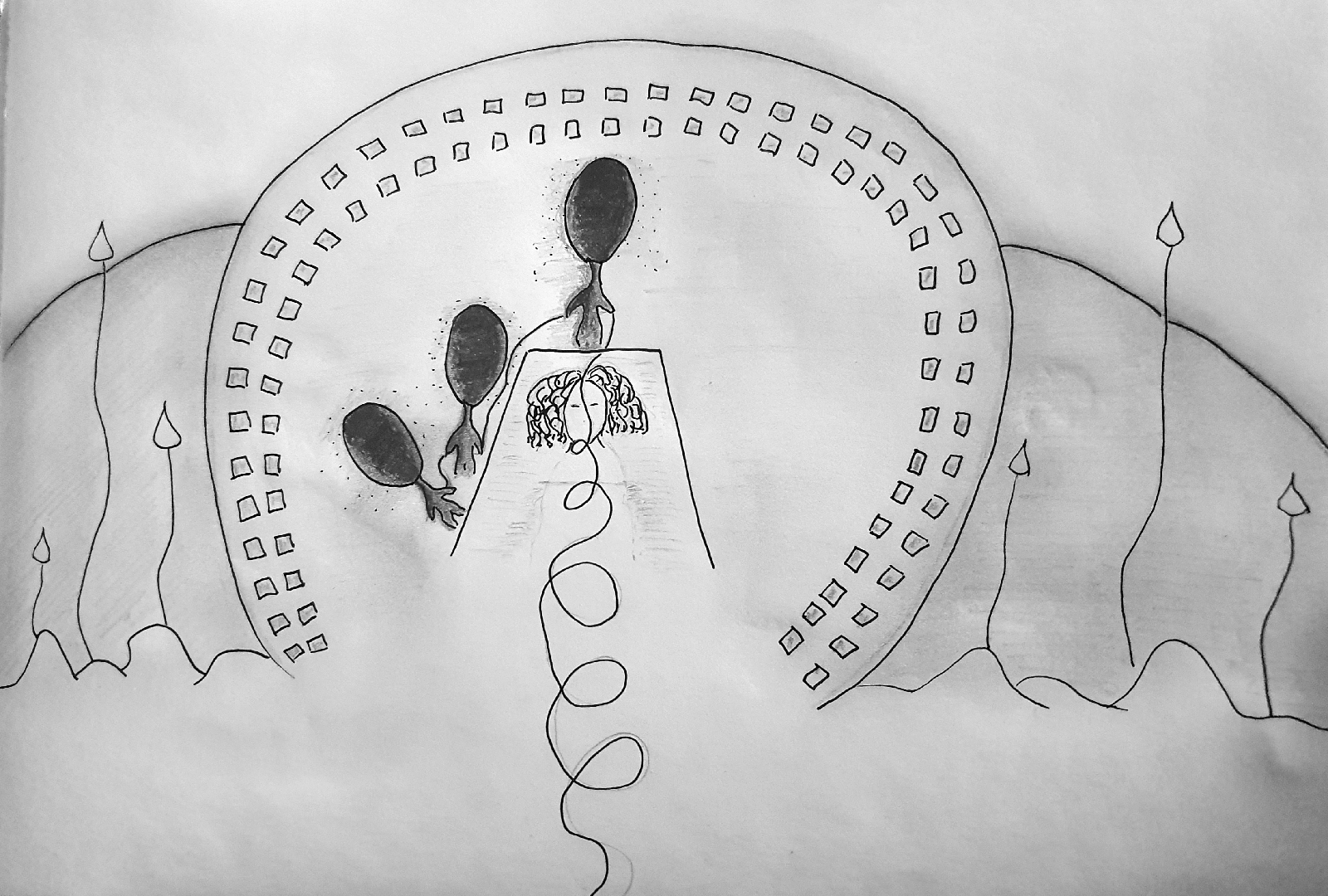 This drawing is where the Beings would take me for my teachings
" The Beings began to talk to me and give many
teachings for humans to ponder on"
YouTube version of this blog:
YouTube Version
From a young age (before 5 years old) I would go travelling whilst sleeping, I would wake up on the floor, in the bathroom and find bruises on my skin, I would go to the doctors with regards to the bruises when I got older they never found the reason why they would appear. I continued to travel, up to this present day but found it hard to remember everything only bits would manifest, this would scare me as a child and would see it as nightmares, but why didn't anyone else share these nightmares like me, why didn't they have bruises on there skin when they woke, why didn't they wake up else where and why didn't they go travelling whilst a sleep. I had so much questions in my head with no answers.
In 2017 3 Beings came to visit that would change my life. The Beings began to talk to me and give many teachings for humans to ponder on, they shared that it was home that I would travel to when I was younger and that it was part of my contract to get teaching from them and for me to bring it into earth when I was older. This made sense to me and felt right in my heart and I connected with what they were sharing with me, I started to feel relaxed around them and was open to find out more, I was not scared as I felt the love within the energy and by me being open I was able to listen and put the teachings into practice.
This year 2021 they started to take me to their home where I would be taught many things to relay back to other humans (which they said is were I come from) I would go to sleep and they would come to collect me around 3.40am every night. For a while I would be taken at night but would not remember everything that happen, it was very vague but enough to know I definitely went some where. there were times I would leave my body at 3.40am and felt like I had gone for a long time and when I would look at the clock when I woke it would only be 3.50am now that was very surprising for me. 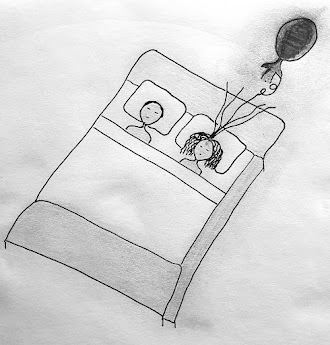 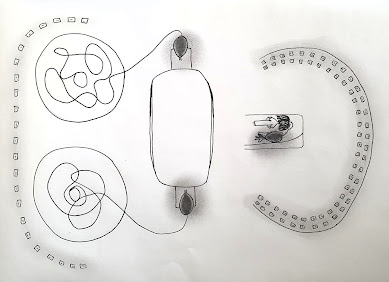 the thought would always leave my mind when I would remember,

this was very similar with regards to my connection with the Beings.

More than once they would do some work on my brain, well this is what it would feel like, I would feel energy going through my brain it did not hurt but when I would wake back in earth I would feel a slight headache that would only be for a moment then it would disappear, I never ask them what they were doing on my brain as the thought would always leave my mind when I would remember, this was very similar with regards to my connection with the Beings, when they made contact I would remember them however when they weren't around they will be totally our of my mind I wouldn't remember them at all, I appreciated this as it allowed me to get on with this earthly life after all I had a family, hubby, a business and foster children.

In the pictures I have drawn you will see tiny squares with a dot in the middle those where other energies what will be looking at the process it's like they were being taught of the process that was happening. Not much interaction was experienced when I would go traveling, they would do their thing then I would go back it was a simple process, when I would get back into earth and speak to the Beings then they would explain things to me, not everything I would get an answer as they would say it is not time yet.

The Beings visit many others for different reasons they told me and I am starting to connect with others that has had some form of connection, they have said they have experienced seeing or feeling these Beings at some point in their life my friend Annette is one of those people she started to connect with them after they first came to visit me back in 2017.

They now visit me whenever they have a message or when I have to go travelling to their home for teachings of some sort, there are times I can call them in and they would present themselves which is very cool. Their energy is very loving and straight to the point no messing around which works for me.

Humans have much to still learn here on earth and the Beings are here to guide us if humans are ready to listen and learn they are visitors having an experience and that nothing is theirs as everything is just the oneness having an experience, yes I know this may sound odd to many lol however the Beings are here to explain if we are open, that is a choice we have as humans. Stay tuned for further insights and messages from the Beings until then love & peace always.